We salute three students (ladies) from Benoni Campus originating from Mpumalanga Province who took an initiative to look for sponsors to donate food parcels to students. Their main focus was on students from other Provinces who are renting rooms and where unable to go home during Covid-19 Lockdown which stated on 27 March 2020.

The students ‘names are Okuhle Xulu (Human Resource N5 Student and CRC Secretary General), Thando Zitha (Engineering N2 Student) and Nompumelelo Sikhwelo (Engineering N2). They started an NPO called Usizolwethu Charity Organisation and started searching for sponsors. They were later joined by former Marketing student Mr Nhlamulo Ndlovu and Benoni Campus CRC Chairperson Mr Mpho Tsatsi. Okuhle said “what motivated us was knowing the pain of being away from home, the struggle of being a renting student and coming from single parents background ourselves we know it was not easy”. They started by buying sanitary towels for needy students out of their pocket monies but realized that of those they knew they were beginning to experience hunger and starvation during lockdown.

They partnered with Mr Nhlamulo Ndlovu, a former Marketing student who assisted the Campus to open a Facebook page and became an administrator for it when he was still a student to source donors by means of advertising on the Campus page. They were later joined by the CRC Chairperson Mr Mpho Tsatsi who together who started searching for students’ who were stuck at rented rooms especially those who could not raise enough money to go home before lockdown began on 27 march. They came to a total number of 68 students. They received a response from a Good Samaritan, Mr Moosa Mahlangu from the Muslim Association of South Africa. Mr Mahlangu asked the ladies to make a pitch to his Association which they did. Their impressive presentation saw them receiving 100 food parcels from Muslim Association of South Africa.

We salute these young heroes for the excellent act of caring and sharing they showed towards their fellow students! 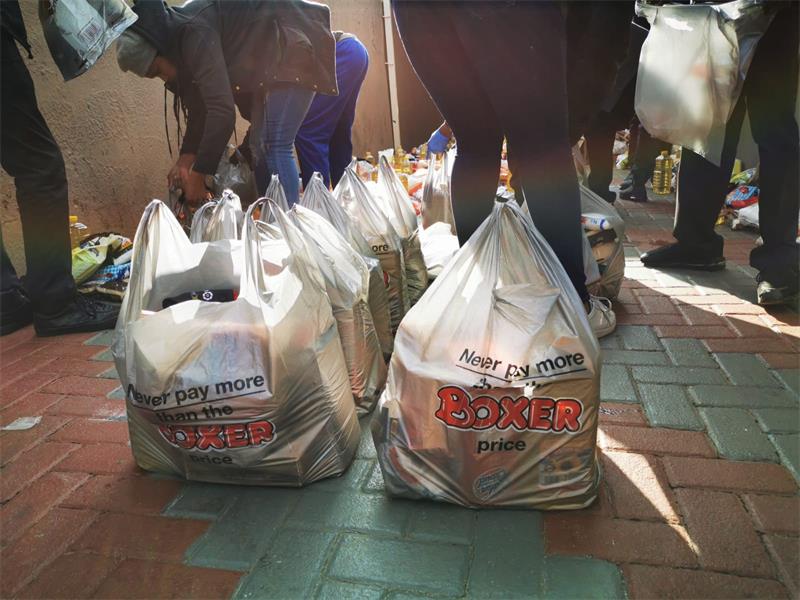